Families and sportsmen love it for the golden beach, the thermal establishment and the accommodation facilities. Punta Marina Terme is the younger ‘sister’ of the nearby Marina di Ravenna, and it is a well-known thermal centre on the beach.

Located just 11 km from the former Byzantine capital, it is easy to reach by car. However, you can reach it also by bus, thanks to the efficient public transport service departing directly from the train station of Ravenna.
If you prefer the two-wheels though, you will certainly love the bike lane, which, departing from the city centre, takes you to the beach.

The long and lush coastal pine forest, integral part of the Po Delta Park, is the highlight of this place. It is the key element for a beach holiday immersed in nature and dedicated to outdoor activities. Runners and walkers cross the maze of paths all year round, enjoying the contact with nature and breathing the wholesome sea air. 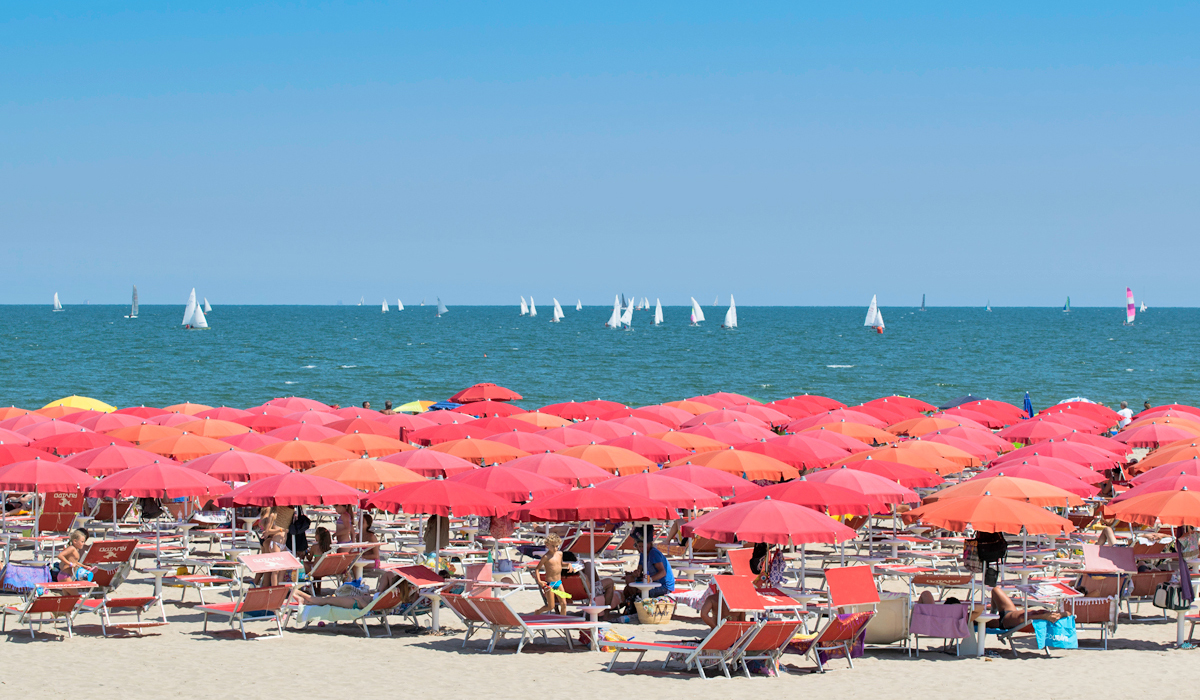 The renowned Punta Marina Spa by the sea offers healing treatments for people with respiratory and rheumatic conditions. In the spa’s Beauty Centre you will find a series of wellness trails with direct access to the beach as well as services and cuddles for your well-being.

The town offers many experiences that are definitely worth a try. You can choose among a wide range of sports and entertainment activities, even the most demanding persons will find their match, with equipment for beach volley, beach tennis, and especially kite surfing.
Besides the traditional sports activities on the beach and in the pine forest, you can enjoy watching the sunrise on one of the many suspended walkways overlooking the sea, or take part in a guided tour of the bunkers of the First and Second World War.

In Punta Marina Terme you won’t find just sea, sun and wellness, but also music, fun and shopping in the many locals and boutiques.

The bunkers of Punta Marina and Marina di Ravenna

Along the Ravenna coast, more precisely between Lido di Savio and Casalborsetti, are more than fifty German bunkers and several anti-tank barrages. Located by the mouth of the Candiano canal and by the roads that connect the beach to Ravenna, they create a dense network of defensive garrisons.

As a matter of fact, the fear of an Allied landing—just behind the Gothic Line—led the German army to create a defensive system in the first months of 1943. The area had to be protected, since it was a strategic access point to the docks and the large oil deposits.

The bunkers—mainly Regelbau 668 or Tobruk—were equipped with anti-aircraft weapons. To build the defense system, the German construction company TODT used civilian labour, which was poorly paid and often kept under duress. The idea of using civilians was a clever ploy: on the one hand they didn’t use German soldiers, on the other they ensured better control of the local male population.

Timber of fishing huts and a large quantity of pine trunks were used in 1944 to build these defence structures.

Between Punta Marina Terme and Marina di Ravenna, within a few kilometres, is the greatest number of bunkers and “dragon’s teeth” on the coast. Most of the bunkers located in the state-owned area in front of the dunes have been restored by the Ravenna Volunteers Association CRB 360° (War Research Committee), with the help of the State Forestry Department UTB of Punta Marina Terme.

Some bunkers are still intact and can be visited. The CRB 360° organizes bunker tours in spring and summer, asking a minimum participation fee for maintenance works (larger groups must book in advance).

The bunkers of Punta Marina and Marina di Ravenna

The seaside towns of Ravenna

The dunes of Ravenna