Cycling along the Lamone river

The flourishing plain, reclaimed valleys, brackish lagoons, the century-old Pine forest of San Vitale, the flooded forest of Punte Alberete – populated by important species of aquatic birds – up until the suggestive coastal dune by the mouth of the river.

The walking and cycling path along the Lamone river is an itinerary immersed in a unique landscape characterised by history, culture and nature.

You will find water, both the fresh and precious one of the river and the salt water of the Adriatic Sea; and then the land, with its flourishing plain, cultivated fields, reclaimed valleys, brackish lagoons, rural buildings, pine forests and fishing cabins. 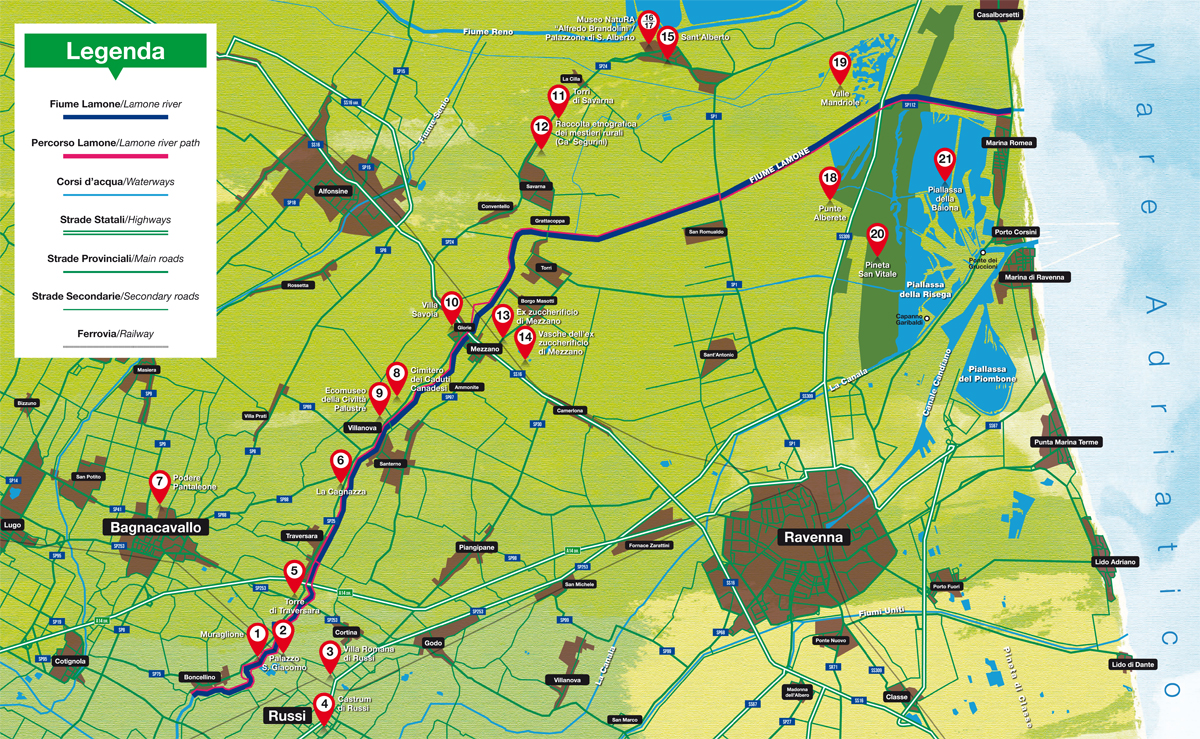 An open-air museum with many interesting historical and cultural sites, such as Palazzo San Giacomo in Russi and the Eco-museum of Marshland Civilization in Villanova di Bagnacavallo.

This itinerary is a tribute to the territory and an invitation to discover the richness that lies in it. Don’t miss an exciting journey between past and present, through a unique environment made of history, culture and nature.

Are you ready to start your journey? Here is a list of the many points of interest located along the route.

Imposing and beautiful holiday manor, built by the Rasponi family at the end of the 17th century

One of Northern Italy’s most important and best-preserved rchaeological complexes (I-II century AD), with mosaic floors of outstanding beauty

Built to defend the territory in 1371, the castle houses today the Civic Museum and the city’s art collection

Building, whose popular name is due to a dog-shaped statue guarding the complex

Built in 1944 by the Canadian Government, the cemetery houses Canadian soldiers who died in World War II

Manor house, built between the 17th and 18th century, with an elegant oratory adorned with Baroque decorations

Located between the castle and the manor house, they were built in the 16th century by the Rasponi family as a place of refuge from the bandits of the countryside

Casa Segurini hosts a rich collection of tools witnessing the farming and rural activity, which has almost disappeared

Active until 1988, it is a good example of industrial archaeology, with a central building featuring a large nave and an imposing furnace

Surrounded by the fascinating landscapes of the Po Delta Regional Park, the town hosts the Visitor Centre of the park

Built in the 16th century as a military garrison, it then became a resting place for pilgrims. It hosts the Visitor Centre of the Po Delta Park and the beautiful ornithological collection donated by Alfredo Brandolini

Flooded forest of great suggestion, accessible thanks to a pedestrian walkway

Large brackish lagoon connected to the sea, feeding and resting place for thousands of birds 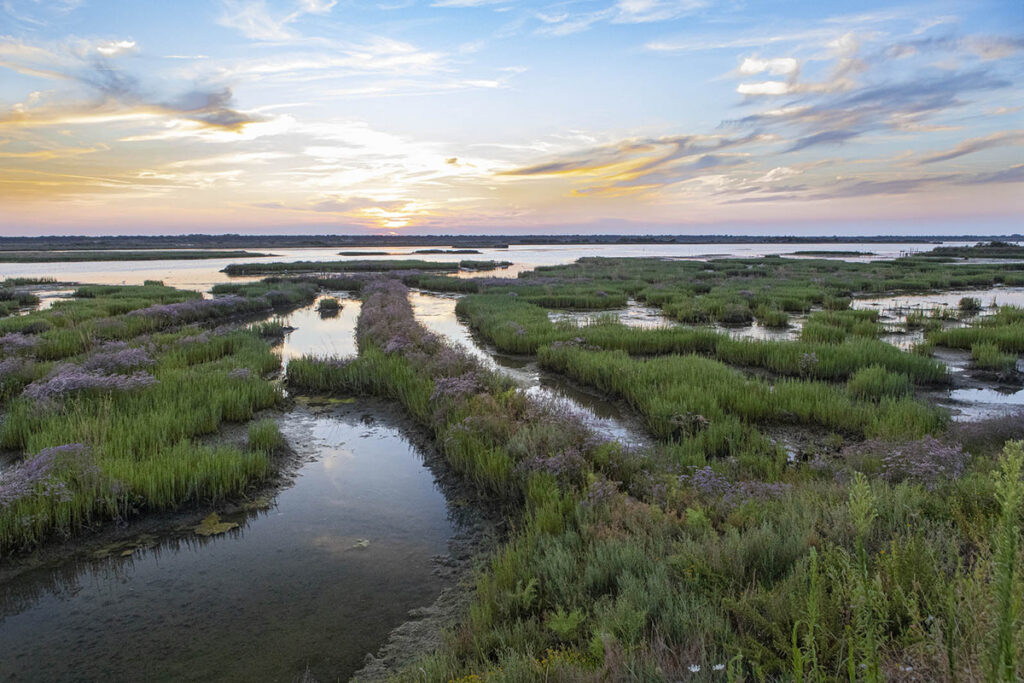 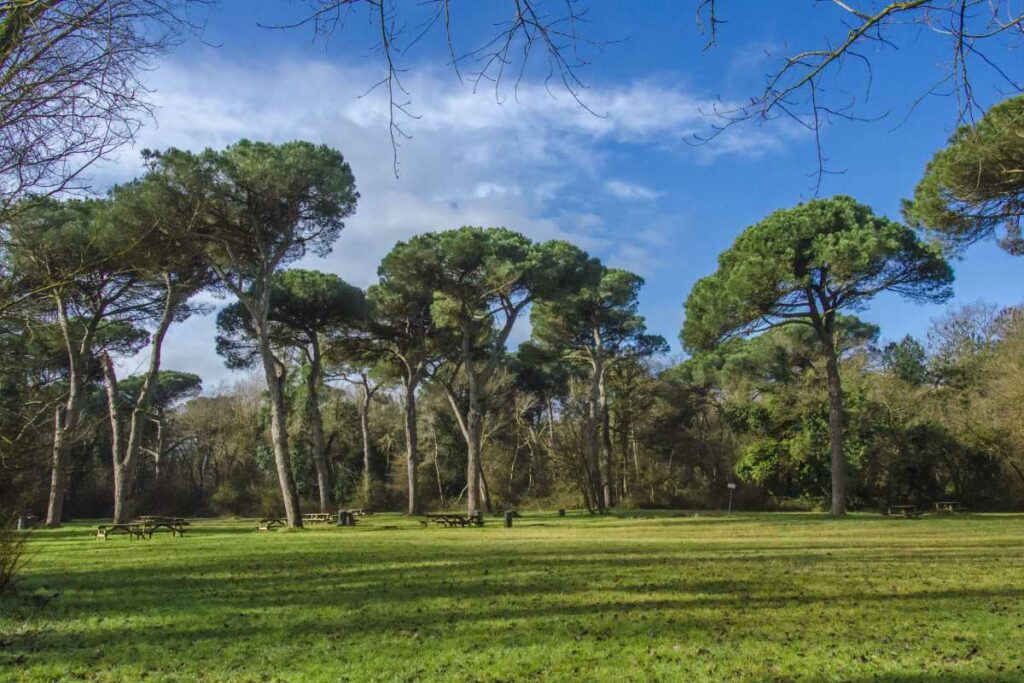 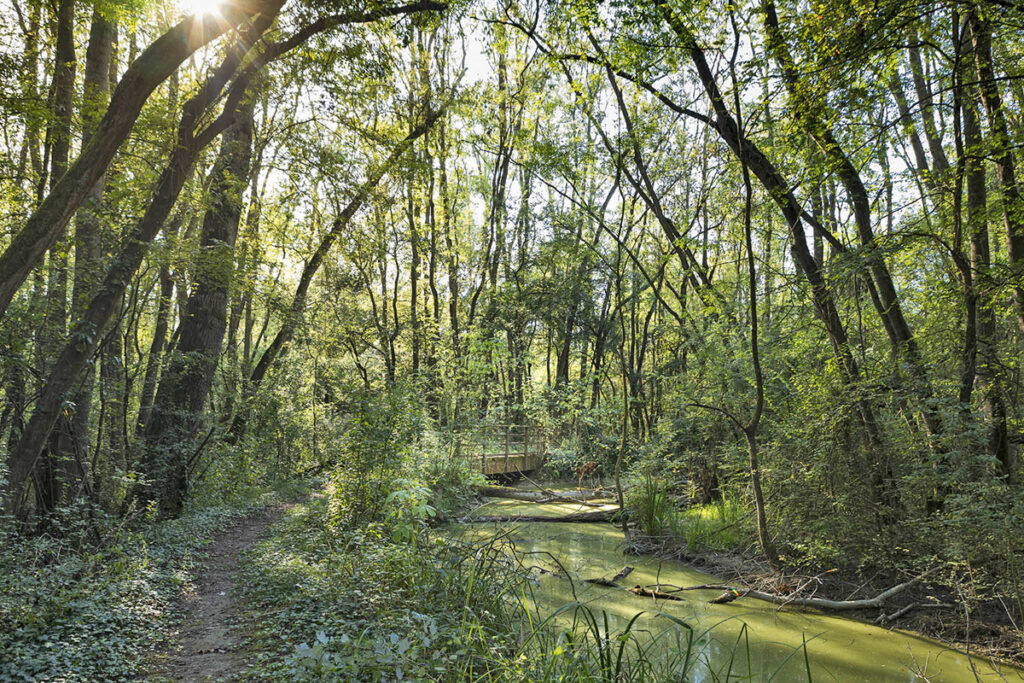 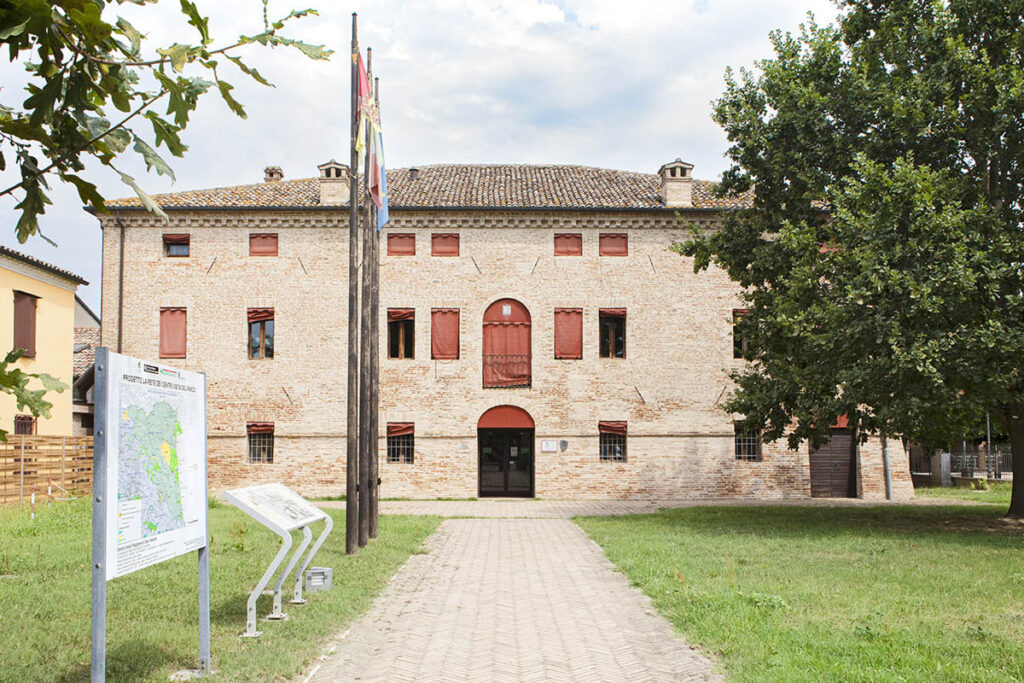 By bike along the Savio river