Home > myRavenna > Stories > The most intriguing legends of Ravenna

The most intriguing legends of Ravenna 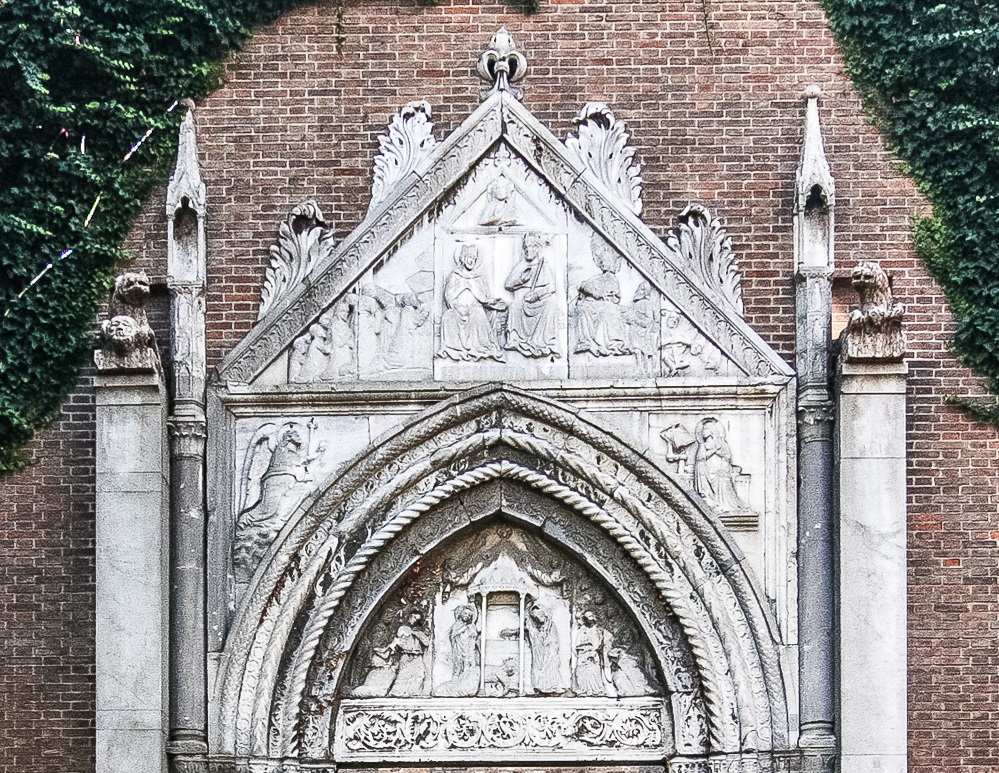 If you are passionate about mysteries, popular stories and curiosities, this post is for you! Today we will tell you about some of the legends of Ravenna that will surprise you, regardless of whether you already know the city well or are planning a first visit. A pinch of mystery will have you seeing the city with new eyes!

The Legend of the Sandal of St. John the Evangelist

The origin of the Basilica of San Giovanni Evangelista is tied to the figure of Galla Placidia: the empress had it built to respect the vow that she made during a storm at sea that in 424 AD occurred during her return journey from Constantinople to Ravenna.

The evening before the consecration, Galla Placidia was desperate because she did not possess the saint’s relics, and so she turned to Father Barbaziano. Together with her confessor, she began to pray, asking God to show them where to find these relics. During these evening prayers, a luminous figure appeared, with an angelic appearance, and began lighting the incense in the church with a thurible.

Saint John the Evangelist had heard her! Galla Placidia prostrated herself at his feet and, when the image disappeared, the Saint’s sandal remained in the Empress’ hand.

The episode is depicted on the medieval Gothic gate, dating back to the 14th century, in front of the Church of San Giovanni Evangelista.

Mariola and the knight

Expressions such as “looking for Mariola in Ravenna” were born in the city, but are known elsewhere as well. This expression is also mentioned in Don Quixote, where Sancho Panza exclaims:

In the Torre Civica (the Civic Tower), where the Padenna once flowed, there are two marble figures that have given life to the legends from which the proverb originated from the 15th century.

A Roman bas-relief depicting a knight is flanked by a sculpted face, whose characteristics are no longer recognizable. It is not difficult to imagine that the man on horseback is searching for his lost beloved who, ironically, is right next to him.

Today, unfortunately, these two sculptures are no longer visible due to the wooden structure that covers the lower part of the tower.

The knight Guidarello Guidarelli is the subject of one of the most famous legends of Ravenna. His tombstone, now kept at the MAR – Ravenna Art Museum, has always been an object of admiration for the beauty of its marble face.

In the 1930s, the attention became overbearing: the rumor began to circulate that if a woman kissed Guidarello’s cold lips she would get married within the year, while those who were already married would give birth to a child.

Today perhaps it seems incredible, but due to the large number of women who went to the Pinacoteca Comunale, for some time the slab had to be hidden and a copy was exhibited instead.

Today it is strictly forbidden to approach the slab, but the charm of the legend lives on.

The history of Our Lady of Sweat

Along the right nave of the Cathedral of Ravenna is a chapel dedicated to Our Lady of Sweat. Legend has it that the image was once located in a small recess inside a dive. One night, a soldier – blinded by rage as he lost much money in gambling – stabbed it, and the holy icon started to “sweat” blood.

According to the tradition, the miracle happened two other times: in 1512 during the plunder of the bloody Battle of Ravenna and in 1630, when the people, scared of the plague, took a vow to the Virgin.

If you enjoyed reading these stories, we suggest you the history and legends of Theodorich, King of the Goths.