Home > myRavenna > Stories > History and legend of Theodoric, King of the Goths

History and legend of Theodoric, King of the Goths 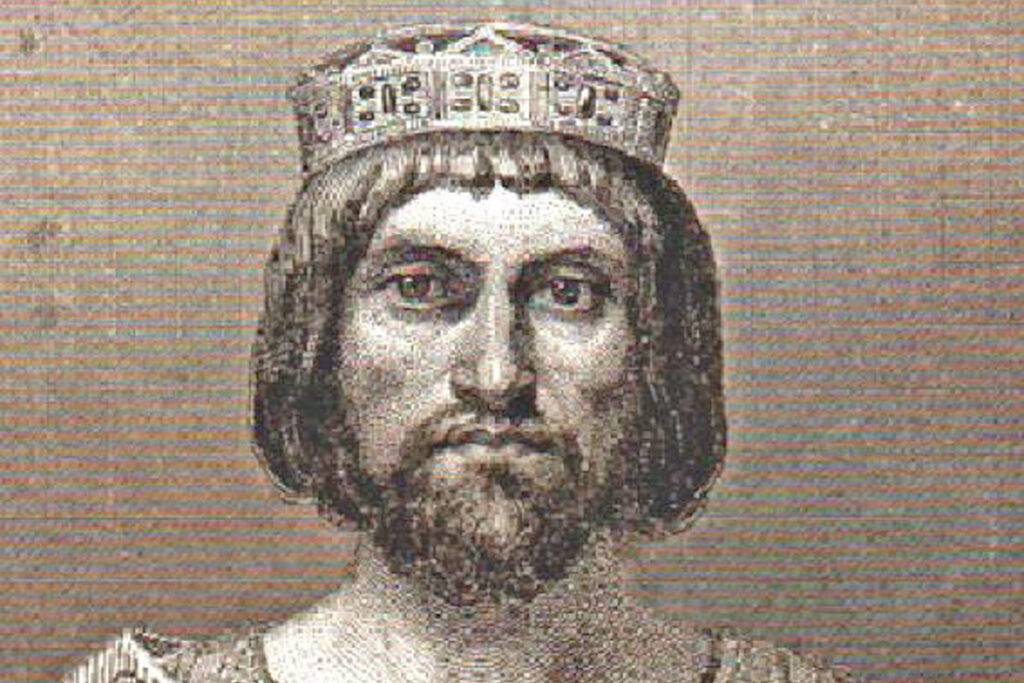 The history of Theodoric, king of the Goths, is a very important chapter for the city of Ravenna: the rise and fall of the barbarian king tell us much about some of the city’s most popular monuments.

Besides historical facts, everything that regards his death is very interesting, and shrouded in mystery. The legend is an incredible web of various fantasies, each one more surprising than the last.

Theodoric was born in 454 AD in Pannonia, a region which we can today place between Austria and Hungary.
Son of the Ostrogothic King Thiudimer, at 8 years of age he was sent as a hostage to the court of the Emperor of Constantinople, Leo I, where he lived for 1o full years in order to serve as a peace guarantee between the Ostrogoths and the Byzantines.

At the time, Constantinople was the most educated and enlightened city, and Theodoric was instructed by the best teachers of his day, even if he never dedicated himself to his studies with great enthusiasm.

Upon the death of his father he succeeded him to the throne, and maintaining the policy of alliance with the Byzantine Empire, supported Zeno in his military campaigns.

Zeno, in order to avoid dangerous power struggles, permitted Theodoric to depart for Italy in order to put an end to the reign of Odoacer.

The Conquest of Italy

In 488 AD Theodoric departed for Italy with his army, composed of more than one hundred thousand people.
The undertaking was by no means a simple task: first he had to cross the Alps during a very difficult winter and then, when he reached his destination, despite the victories against Odoacer he was not able to put an end to the war.

Odoacer was forced to retreat to Ravenna, and after a three-year siege, Theodoric’s barbarians were stricken with malaria.

Victory was achieved in 493 AD, after the capture of Rimini, when Odoacer and his followers were finally confined to Ravenna, where they died of hardship and pestilence.

In February of 493 a peace treaty was signed but, during the celebration banquet, Theodoric had Odoacer killed.

King Theodoric and his capital, Ravenna

Having become the master of Italy, Theodoric governed trying to convince the two souls of his Kingdom to live together peacefully, the two souls being the Gothic and the Roman components.

Theodoric did not impose his religious beliefs upon the orthodox Romans, and actually was quite annoyed when somebody would convert to his religion with the sole purpose of gaining his favor.

The city of Ravenna flourished once again. Agrarian production and building projects had a new flowering as did the development of the arts.

The Arian Baptistery, the Basilica dello Spirito Santo, and the Basilica di Sant’Apollinare Nuovo, along with its Mausoleum, all owe their existence to Theodoric.

Despite having governed in times of peace for the majority of his reign, during the final years of his life he became gloomy, and the climate of harmony which characterised his reign until that point was finally broken.

The image of his reputation began to show cracks when he condemned Albinus, a roman consul, to death for his supposed involvement in a conspiracy.

Justin I, the new Byzantine emperor, exacerbated the situation when he began a bitter campaign against Arianism, and so Theodoric sent Pope John with orders to convince the Emperor to retract his edicts against the king’s religious creed.

The Pope, having returned in Italy empty-handed, was punished by Theodoric, who let him die miserable and neglected.

Theodoric died on August 30th 526 in Ravenna. There are many legends that detail his death.

Catholics spread the belief that his death was a result of Divine will for the killing of a pope.

Dario Fo became interested in the various popular tales of Ravenna, and certainly couldn’t forget those related to Theodoric. In “La vera storia di Ravenna” (The true history of Ravenna) he recounts two versions. The first goes back to the belief that the Ostrogoth, while on horseback, was kidnapped by a demon which took possession of his horse, dragging him along with the horse into the crater of a volcano.

Giosuè Carducci tells another version of the story in his poem “La leggenda di Teodorico” (the Legend of Theodoric).

Another version tells us of a melancholic Theodoric, consumed by guilt. His cooks always tried to please him with their delicacies, until…

Laid out upon a great tray was a pink fish, which was brought into the dining room and was ready to be served to the table. The mouth of the fish spread upon and amongst his teeth appeared the head of a man: it was that of Senator Symacchus! The king, several days earlier, had ordered his beheading.
A scream escaped from the mouth of Theodoric. He fell forwards towards the fish and found himself face to face with the senator. Both men were as dead as stone.

The final legend narrates that Theodoric was terrified by lightnings, especially since he heard an obscure prophecy that foretold that he would one day be killed by one. To ward off this fear of his he built a mausoleum in which to shelter himself during storms.

The great cupola was not enough to protect him from his destiny and one day a lightning bolt struck it, which then caused it to collapse upon the King of the Goths.