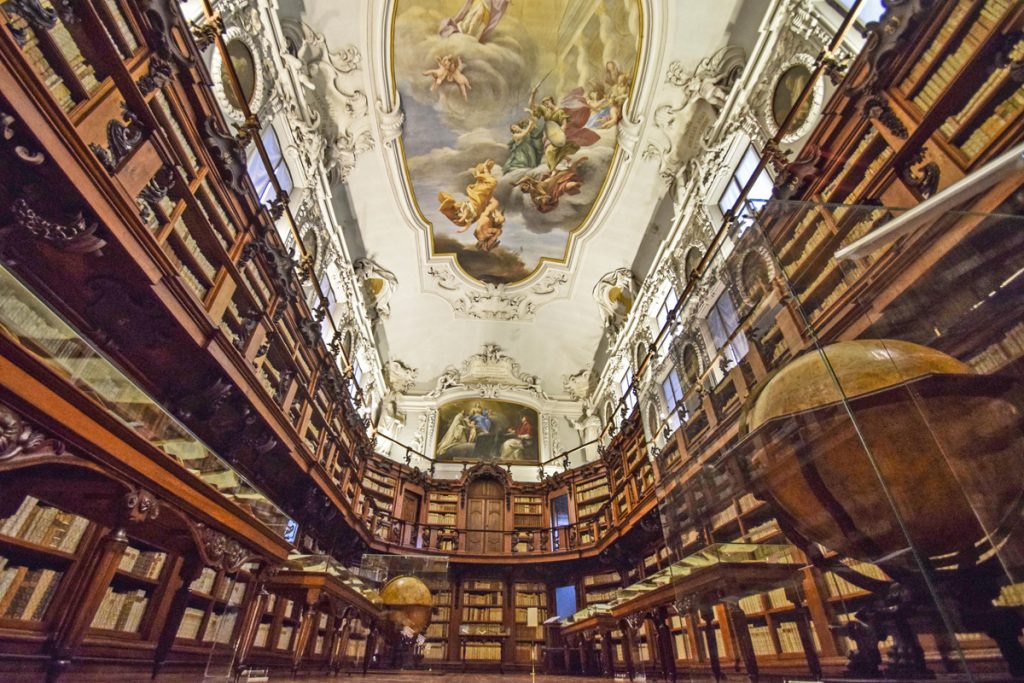 The historic Classense Library is a great boast for the city of Ravenna. Its heritage and spaces give this institution national importance and it is much loved by both its residents and travelers who are searching for the unique beauties of our city.

As a house of culture it is particularly hospitable: events, meetings, presentations, and exhibitions are organized here and in summer one of its cloisters becomes the setting for the concerts of Ravenna Festival. Located in the centre of Ravenna, a stone’s throw away from the Cathedral and Piazza San Francesco, it is definitely worth a visit.

With this article we will try to give you a taste of the Classense Library: five images to describe it, five good reasons to discover it.

The history of the founding of the Classense Library

Did you know that the history of the Classense Library began in Classe? The nucleus of the library’s book collection was born in the monastery of the Camaldolese Congregation, which remained annexed to the Basilica of Sant’Apollinare in Classe until the 16th century, about 5 km from the city center.

Only in 1512 after the battle of Ravenna, during which the monastery was sacked, the decision was made to move the headquarters within the city walls for security reasons.

The construction of the new Classense Abbey began in 1513 where a hospital previously stood, in what is now Via Beccarini.

The Aula Magna is the structure that remains most imprinted on the minds of those who visit.

It was built between the 17th and 18th century by abbot Pietro Canneti and decorated with statues, stuccoes, finely carved wooden shelves and paintings by Francesco Mancini.

Here are some numbers and names that make this library one of the most prestigious Italian collections: the Classense Library conserves about 750 ancient manuscripts, 350 of which are manuscripts dating back between the 10th and 16th century. Among these, those of Aristophanes deserve a special mention, the only surviving example that preserves all eleven plays by the Greek comedy writer, and it was purchased by Pietro Canneti in Pisa in 1712.

Then there are the more than 80 thousand old printed books, created between the 15th and 18th centuries. Among the preserved correspondence, there is the one between Lord Byron and Teresa Gamba Guiccioli, with whom the poet spent several happy years in Ravenna.

The cats of the Classense Library

This peculiarity of the Classense Library will be a really nice surprise for animal lovers. For some years now, the building has adopted a feline colony: Byron, Teresa, Matta and Obama run around among the individuals who visit this special place. 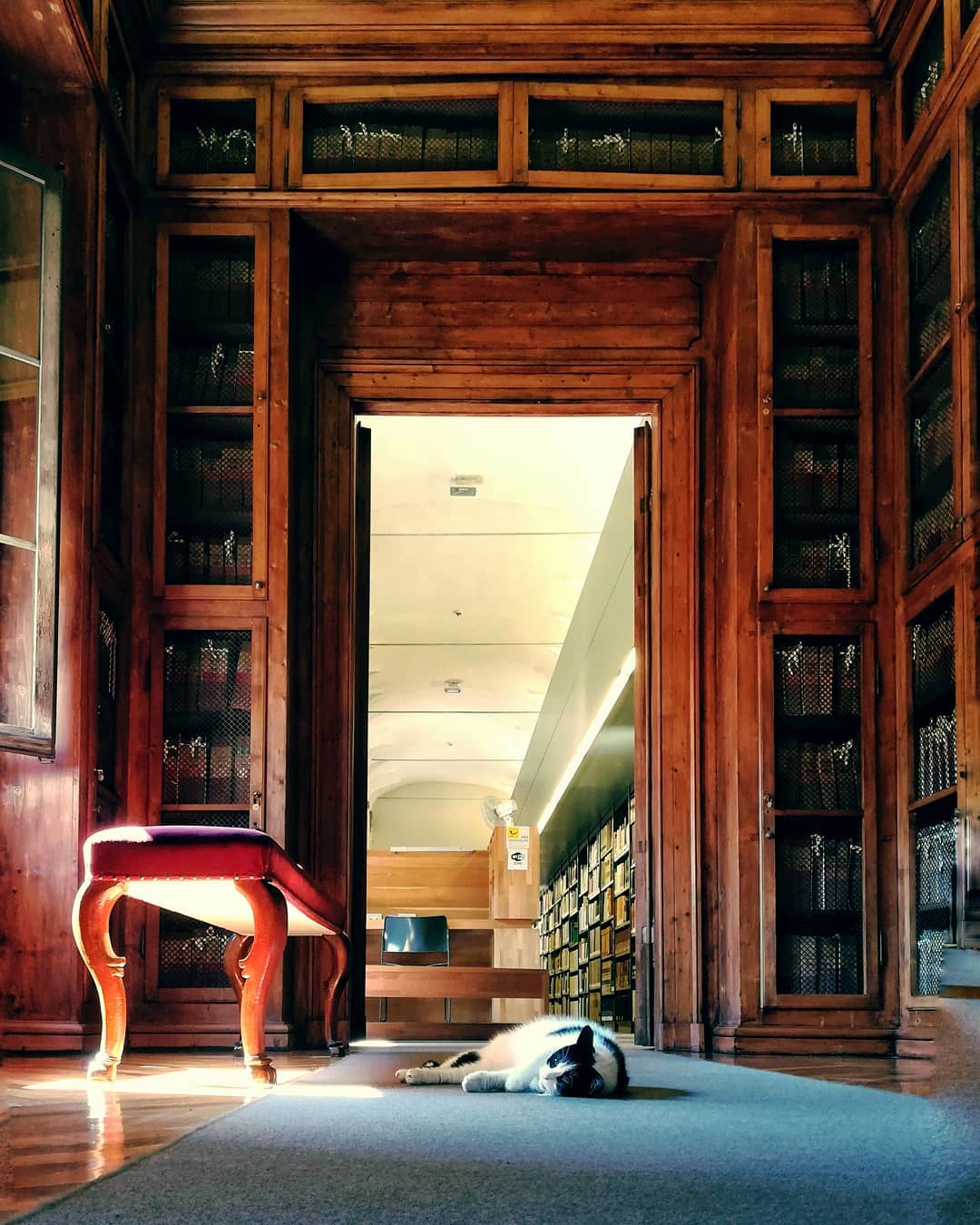 On the ground floor, in the large 16th-century refectory which in 1921 became Sala Dantesca, you can admire an important work by the Ravennese painter Luca Longhi (1507-1590).
Le Nozze di Cana (lit. Wedding at Cana) was commissioned by the Abbot of Classe, Don Pietro Bagnoli da Bagnacavallo in 1579, and was completed the following year for the price of 200 gold scudi.

It seems that the painter used his client, historian Girolamo Rossi, the Cavalier Pomponio Spreti, and even his children Francesco and Barbara (also painters) as models. Barbara, the girl in the first row on the right, who is turning around slightly to observe the visitor admiring her, has an unforgettable gaze.

But that’s not all!

If you want to visit the Library in its entirety (over 28 thousand square meters!), stroll through its green cloisters, get to know its cats, try to find the octogenarian tortoise wandering around the garden (ah, didn’t I tell you about him?) and admire its rooms, you can find it in via A. Baccarini 3, and here you will find its opening hours.