Home > myRavenna > Sea and Nature > Paguro: a wreck at the bottom of the sea

Paguro: a wreck at the bottom of the sea 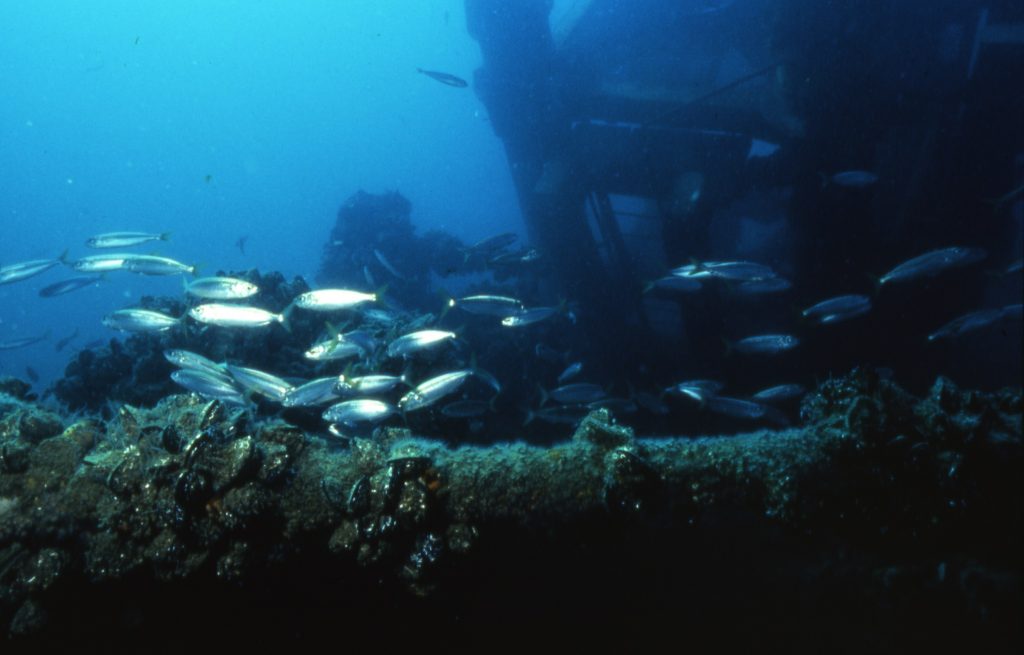 Today,  what may be considered as one of the most important marine biology sites of Ravenna was born in completely unpredictable circumstances. Are you familiar with the story of the Paguro wreck?

The Paguro platform was built by the AGIP company between 1962 and 1963 in Porto Corsini. It was created as a mobile platform for the perforation of wells for the extraction of methane gas in the Adriatic sea. In 1965 it was placed on the new site known as PC7 (Porto Corsini 7), a dozen miles from the mouth of the Fiumi Uniti river.

On September 28th, 1965 tragedy struck: when the drill reached 2900 meters of depth, a sudden eruption of gas caused the well walls to sink. The platform collapsed, consumed by flames fed by the gas leakage, and the following day it sank into the sea. The incident cost the lives of three people.

Despite these tragic circumstances, over the years the Paguro wreck has become a destination of great interest for divers and marine biology enthusiasts alike thanks to the variety of flora and fauna that it hosts.

In 1991, new iron materials from the demolition of other platforms were added to the remains of the wreck and agglomerated into the general wreck site.

From 1995 Associazione Paguro works with the purpose of safeguarding the site and regulating diving. In more recent years, this artificial reef has been the first and only marine site to be named a Sito d’Interesse Comunitario nella Regione Emilia Romagna (lit. Site of Community Interest in the Emilia Romagna Region).

Today the upper structure of the Paguro wreck is completely covered by species such as mussels, oysters and other sessile organisms, such as tunicates, coelentarates, and bristle worms. On the muddy bottom there is a considerable presence of pinna pectinata.

A unique feature of the site of the Paguro wreck is the presence of fish typical of rocky seabeds, which are difficult to find along the Ravenna coastline. Here you can find brown meagers, saddled breams, sand steenbrases, European congers, European bass, and black scorpionfish. There are also many mobile invertebrates, such as brittle stars, echinoderms, sea cucumbers, and sea stars, just to name a few.

There are different varieties of crabs, which are sometimes difficult to spot because if they remain still they are able to disguise themselves quite well. Lobsters, sea urchins, and sea cicadas have also been sighted.

Today the Paguro wreck is one of the reefs of the European AdriReef project, which has the goal of incentivising appreciation of the so-called “blue economy” and encouraging scientific research at these sites. Explore the Paguro platform wreck HERE.