Gorillas at the Courthouse! Davide Rivalta’s works in Ravenna 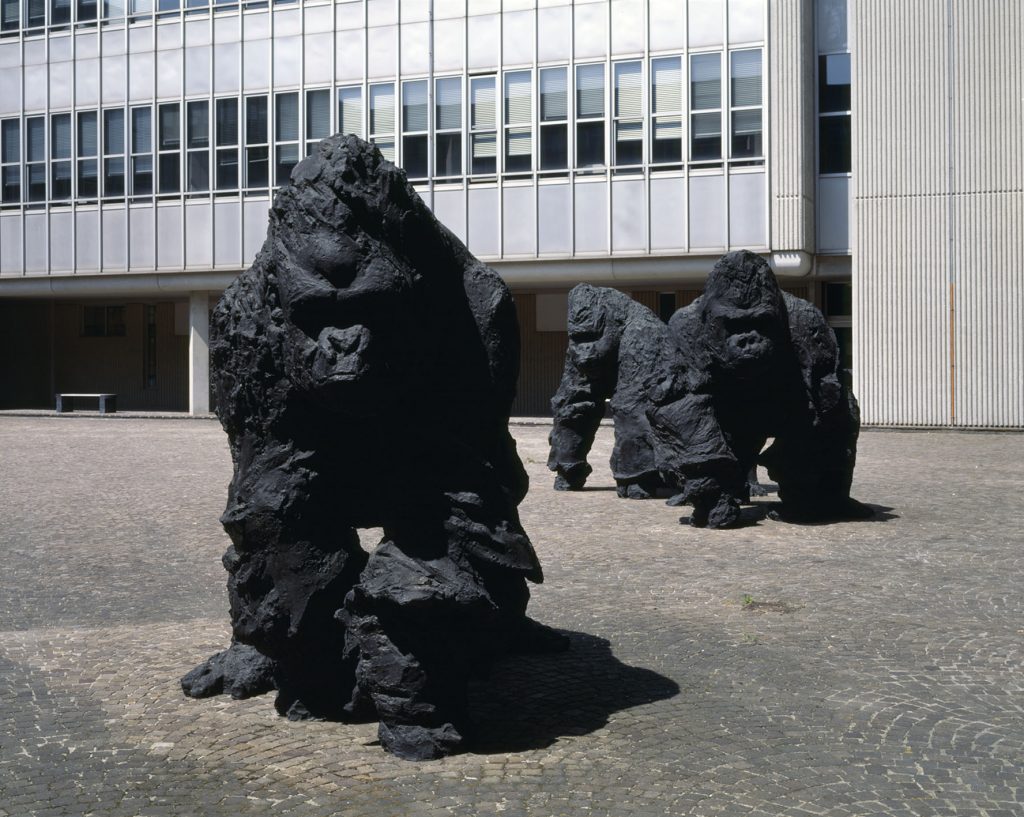 Everyday we are bombarded with images – our eyes are filled with shapes, colours, and lights. But what really manages to leave a mark on our memory?

That which is able to differentiate itself from the remaining variety of things, and is capable of taking our breath away and amazing us is Art.

It is challenging to define such a broad concept as Art, and it’s not possible to find a perfect or definitive answer, but I believe that a work of art, to be seen as such, shouldn’t necessarily be beautiful – this means nothing! – but should instead be able to carry and deliver a powerful message.

Well, don’t take me too literally! An artist doesn’t always and necessarily want to communicate something. Some works don’t “mean” anything, and above all an artist shouldn’t be required to explain or justify anything.

So then, what do I mean when I say that a work of art must be able to carry a message? I’ll try to explain myself better.

A work of art is effective if it arouses our instinct and desire to establish a dialogue with it – we see it, it strikes us and we want it to tell us more.

It instills a sort of doubt within us. We begin to observe it, in the hope of finding the answers that we are searching for and…There it is – this is the strong message that a great work of art is meant to communicate or generate.

I say this because there are sculptures in Ravenna that are a perfect example of what I am trying to explain.

I’m talking about the works by Davide Rivalta, a Bolognese artist that populates cities all over the world with massive animals, placing them in the most improbable locations.

What are Gorillas doing at the Courthouse of Ravenna anyway?

The extraordinary power of these bronze statues is really found within the surprise that overcomes visitors when they unexpectedly discover them in the courtyard of the building.

The realism of the figures, their massive size and their presence contrast with the setting, creating a disorienting effect, with a touch of irony.

Gorillas (Occulti latices), installed in 2002, strike us because they evoke the idea of the primordial along with the natural condition of the animal kingdom within an institutional setting, which is formal and even rather austere. It is their utter incongruity with respect to the setting that invites us to ruminate upon the message that they have come to deliver.

Beside the Gorillas, the city of Ravenna permanently hosts other works by Rivalta.

Since 2008, the Port Authority has hosted in one of its rooms the graphite silhouettes of Rhinoceroses – the graphic outline of the artist gives to his designs the same sense of consistency that is present in his sculptures.

Standing on the grass in front of the Basilica of Sant’Apollinare in Classe are five big female buffaloes made of bronze that seem to be moving towards the entrance of the Church. Furthermore, the National Museum of Ravenna hosts a magnificent pack of wolves.

In the gallery below, you will also find several photos from the exposition “Terre promesse” (lit. Promised Lands), created by the artist in the city from 2012 to 2013, placing sculptures of horses, donkeys, and wolves in different locations of the city.

The presence of the works of Davide Rivalta in the city is a great evidence of how Ravenna is able to host and value every form of art, from videomapping to street art, from mosaics to sculpture, and above all, how it is able to host a dialogue between the ancient artistic heritage of the city and contemporary art.