Home > myRavenna > City of art > Apollinaris – A Saint and his city 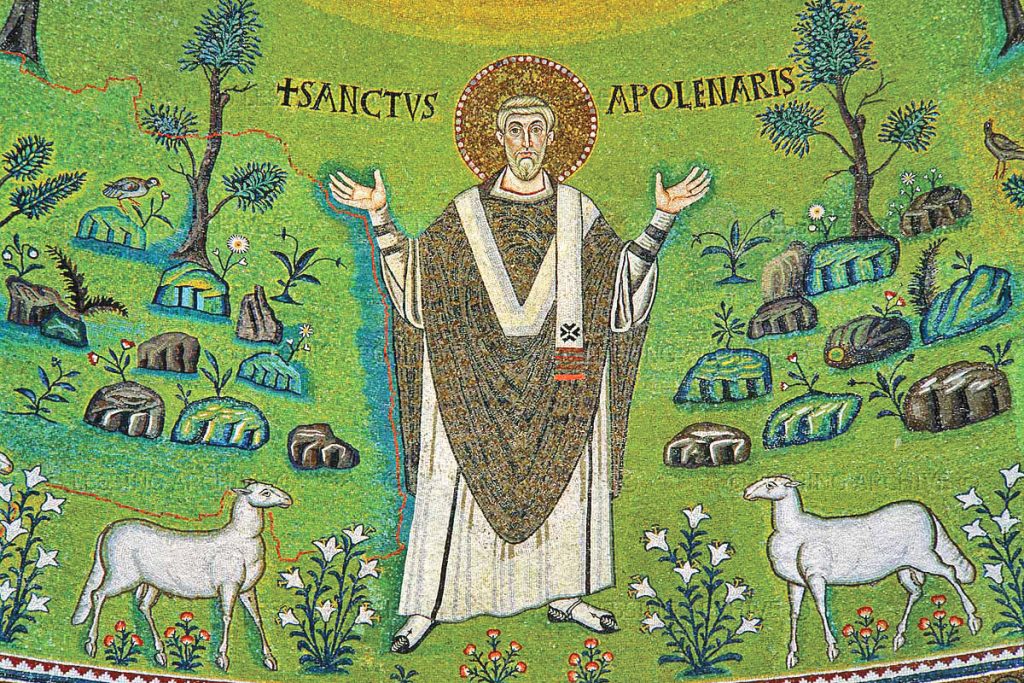 On the 23rd of July, Ravenna celebrates Saint Apollinaris, the city’s first bishop and its patron saint.

The sources tell us that Apollinaris, a native of Syria, was sent to this part of Italy by Saint Peter, specifically to Classe due to its significant presence of Easterners engaged in the activities of the commercial port.

The history and the cult of Saint Apollinaris are closely linked to the history of Ravenna. His statue is placed on top of one of the two Venetian-era columns in Piazza del Popolo, two basilicas from the 5th and 6th century are consecrated to him and have been declared UNESCO World Heritage sites.

The figure of the Saint still shines today in the center position of the apse mosaics of Classe, which set a model that would be handed down throughout time, giving rise to monuments, works of art, artcrafts, and decorative and liturgical devices.

His figure appears in numerous altarpieces, housed within churches and museums of Ravenna, as proof of a devotion that has strengthened over the centuries.

During the Medieval period, the cult of Saint Apollinaris was enriched thanks to Northern European cities, when a diaspora of his relics departed from Ravenna, through France, the Netherlands and Germany.

Today Apollinaris is the patron saint of Düsseldorf , which celebrates him around July 23rd with the largest fair on the Rhine river, which had its first edition in the first years of the 14th century.

The journeys of the saint and his remains, arrived as far as France, the Netherlands and Germany, narrate an ancient story highlighting how apparently distant people and cities in the Mediterranean and in Europe were actually really close to each other.