Home > myRavenna > City of art > The legend of Guidarello Guidarelli

The legend of Guidarello Guidarelli 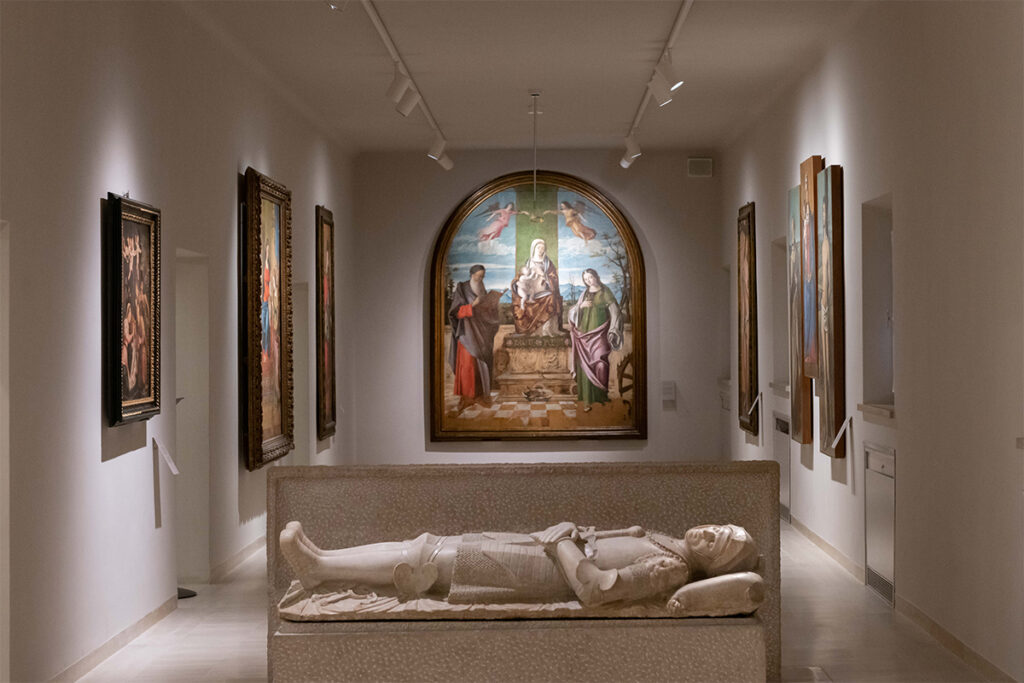 The statue of Guidarello Guidarelli has been a source of inspiration for many artists throughout centuries, has impressed countless visitors and it is said to have also received millions of kisses.

The statue is located in the Loggetta Lombardesca of the MAR – Ravenna Art Museum, and it appears to have been created while in possession of the death mask of the knight, which must have been similar to the marble face.

This sculpture was also captured by the camera lens of Marcello Aliprandi for the film La ragazza di latta (lit. the tin girl, 1970). In the opening credits, the protagonist, played by Sydne Rome, leans over the statue to kiss its marble lips.

But this cinematic kiss is nothing but one among many: the innumerable kisses that the Guidarello has received aren’t the result of his charm alone, but are also due to a legend.

In the 1930’s the statue of the knight had been sent to Paris for an exhibition of Italian Renaissance Art at the Petit Palais, and when it was returned to Ravenna some noticed certain defects that he did not have before. A superficial crack was found on the right foot of the sculpture that also seemed dirty and stained, as if it had been used to make a cast and was not then cleaned dutifully.

The Academy of FIne Arts of Ravenna therefore decided to no longer lend the tombstone to exhibitions, and didn’t even allow it to leave for an exhibition that was already scheduled in Budapest. Many controversies followed, a, in an attempt to silence them, it was said that the Guidarello was returned dirtied by the lipstick of many Parisian women who wanted to touch his lips.

This little story was rendered more captivating by the journalists of the time, who spread the rumour that whoever kissed Guidarello would be married within the year. The legend began to circulate even more in the 50’s and 60’s, thanks to the romantic emphasis found in articles published in magazines such as Oggi, Epoca and Confidenze.

Because of this he had to be hidden to prevent the amorous outbursts of his admirers from damaging him. For some years then he was taken into the basement and temporarily substituted by a replica.

In order to preserve the statue correctly, it is today forbidden to approach and touch the tombstone, especially after the careful restoration which it was subjected to.

Guidarello had inspired generations of visitors even before the legend about him was spread. In Europe he was discovered thanks to the testimony and stories of the travellers that sojourned in Italy during the grand tour. Louise Colet, a longtime companion of the writer Gustave Flaubert, also wrote about him, saying that she was amazed by him.

Have you already been bewitched by Guidarello?