The excellence of the cuisine of Ravenna, and of Romagna in general, is represented by first courses.

Among these ones, PASSATELLI have a place of honour. They are one of the most classical and tasty local dishes, and they were also mentioned by Pellegrino Artusi in his famous cooking book “La scienza in cucina e l’arte di mangiar bene” (“Science in the kitchen and the art of eating well”).

According to Artusi, their origin is linked to tardura, a soup made of eggs, cheese and breadcrumbs that was traditionally served to women who had recently given birth.

They are a typical festive dish and are usually eaten with meat or fish broth, but there is no shortage of recipes with truffle, fish or cheese.

Passatelli are made of a mixture of eggs, cheese, breadcrumbs and nutmeg that gets pressed with a special tool called “ferro da passatelli” (lit. passatelli tool).

It is made of a drilled circular plate with two handles. You can also achieve good results with a potato masher. 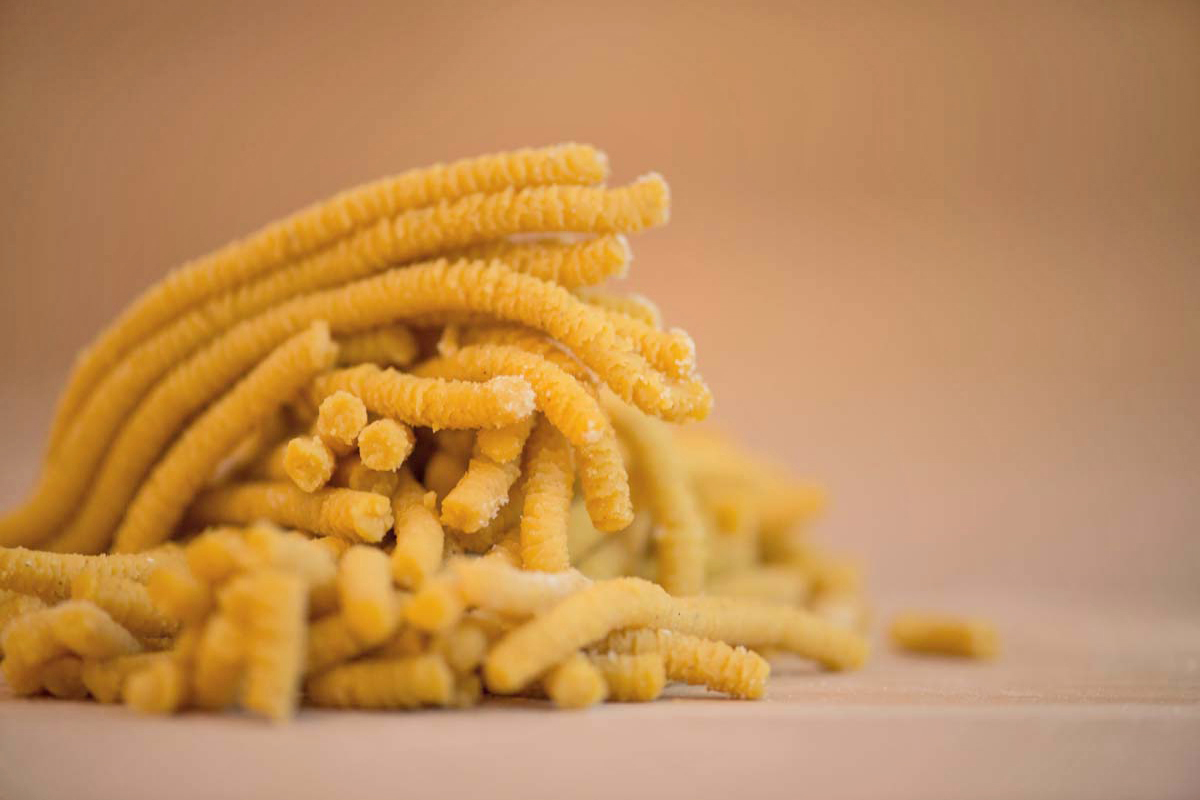 Knead breadcrumbs, Parmesan, eggs and nutmeg in a bowl until the mixture gets solid (not too hard, not too soft).

Cover it with a cloth and leave it to rest for 30 minutes. Then press it with the ferro da passatelli or a potato masher.

Cut the passatelli to a length of 4/8 centimetres and spread them on a paper tray.

Do not drop them into boiling broth immediately, because otherwise they will break. Where appropriate, add some flour to the mixture.

Cook the passatelli in boiling broth and serve them with broth as soon as they come up to the surface.

Guardian of the tradition and lady of the kitchen, the azdora is strongly connected to the culinary tradition of Romagna.

Azdor was the name used to refer to the “ruler”, the boss of the rural world that had the power over everything and everyone.

She was thus the depositary of the secrets of cooking and responsible for the sustenance of the family.

Today, the role of the male householder doesn’t exist anymore, and so doesn’t its name, while the feminine word azdora is still in use, and refers to the notion of “housekeeper” and “boss” of the house.

Azdora is the keeper of many culinary secrets that have never been written down and are thus only entrusted to them.